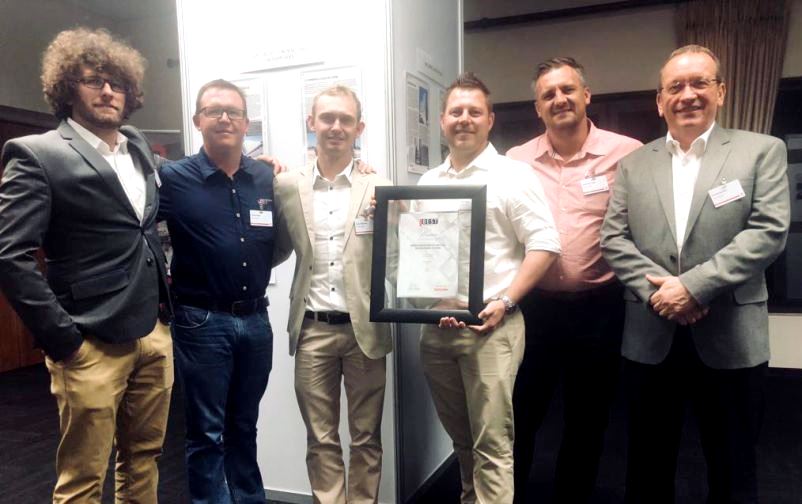 The winners in the 17th annual Best Projects Awards competition were announced at a function in Johannesburg on 31 October. This award is the only in the country that recognises excellence across the entire construction industry. Projects are independently judged – by submission only.

This year the competition attracted 53 entries – a few more than last year. The main sponsor was AfriSam, while Den Braven was the bronze sponsor and MBA North and Sika South Africa associate sponsors.

The judges – Trueman Goba, Rob Newberry and Nico Maas – have, over the many decades they have been in the industry, seen the construction industry peak and dip. In what is a difficult time for the construction industry, they commented how encouraging it was to see the quality and diversity of construction projects in the country. Some categories needed robust discussion as the score between the Winner and Highly Commended projects was often slight. In the end, the choice of winners was unanimous.

Hope for the future

“I enjoy being part of such an important event. This year’s entries really gave me hope for the future South Africa,” said Nico Maas, who is a past President of the MBSA. Rob Newberry, who has been a Best Projects judge since its beginning in 2002 and who is a past President of the CIOB, refers to Best Projects as the ‘gold standard’ in the industry. Trueman Goba, Hatch Africa’s Chairman, who has also been a Best Projects judge from the start, was highly impressed by the standard of the submissions.

The ‘AfriSam Innovation Award for Sustainable Construction’ was one of the most tightly contested categories this year. This award was the first in the country to recognise how construction can benefit people, profit and the planet: civil engineers, builders, architects and consulting engineers all compete for this award. This category aims to show how the built environment can contribute to a sustainable future.

The competition in the Building Contractors and Consulting Engineers categories was equally tough with various iconic structures entered. In stark contrast to the healthy number of projects in these categories, only four projects competed in the Civil Engineering category – a barometer of the tough time the civil engineering industry is going through. Hopefully the government’s stimulus package and the increased activity in the run-up to next year’s election will change this.

The ‘Upgrade of the N2 between Mtunzini Toll Plaza and Empangeni T-junction’ by Concor Infrastructure was the winning project in the Civil Engineering Contractors category. The judges remarked that this project stood out in terms of scale, innovation and the sensitivity it showed towards the environment.

CSV Construction’s ‘Replacement of Seawall ERF 234, Blouberg Strand’ received the Highly Commended Award in this category. This project, despite small in scale, was innovative and overcame the challenge that the foundation for a wall had to be dug below sea level.

The Specialist Contractors or Suppliers category had a clear winner: ‘Demolition of Boiler Unit 3 at Duvha Power Station’ by Jet Demolition. The intricacy, complexity and scale of the project deeply impressed the judges. Franki Africa’s project ‘Clairwood Logistics Park’ was given a Highly Commended award. The innovation showed for this project was reason enough to recognise its excellence.

The 12 entries in Consulting Engineers category were of an exceptionally high standard and the judges eventually awarded four projects: a Special Mention to ‘Sydney Metro Cable-Stayed Bridge’ (SMEC), Highly Commended Awards to both ‘Construction of Neckartal Dam Phase 1 Bulk Water Supply’ (Knight Piésold) and HHO Consulting Engineers’ ‘Upgrade of N11 Section from Middelburg to Loskopdam’. The category was won by Knight Piésold’s ‘Rehabilitation of Main Road between Atlantic Road, Muizenberg and Clovelly Road – Phase 3’. What impressed the judges about this project was that a major artery had to be worked on while still fully operational.

The Architects category was won by Earthworld Architect’s project ‘Stortemelk Hydropower Project’. This is proof that a project does not have to be massive for it to illustrate excellence and innovation. The ‘BCX Head Office’ by SVA International was Highly Commended and ‘Cornubia Mall’ received a Special Mention.

The value of Best Projects Awards

Best Projects Awards ensures that entrants receive wider recognition – not just from their own professional organisations. The continued good number of entries is proof that the construction industry regards this initiative as having value. At the height of the construction boom, Best Projects had 72 entries. For the last five years, the Best Projects Awards consistently attract between 50 and 60 entries. This is proof that excellence continues, despite challenges.