Demolition of freeway bridges goes according to plan 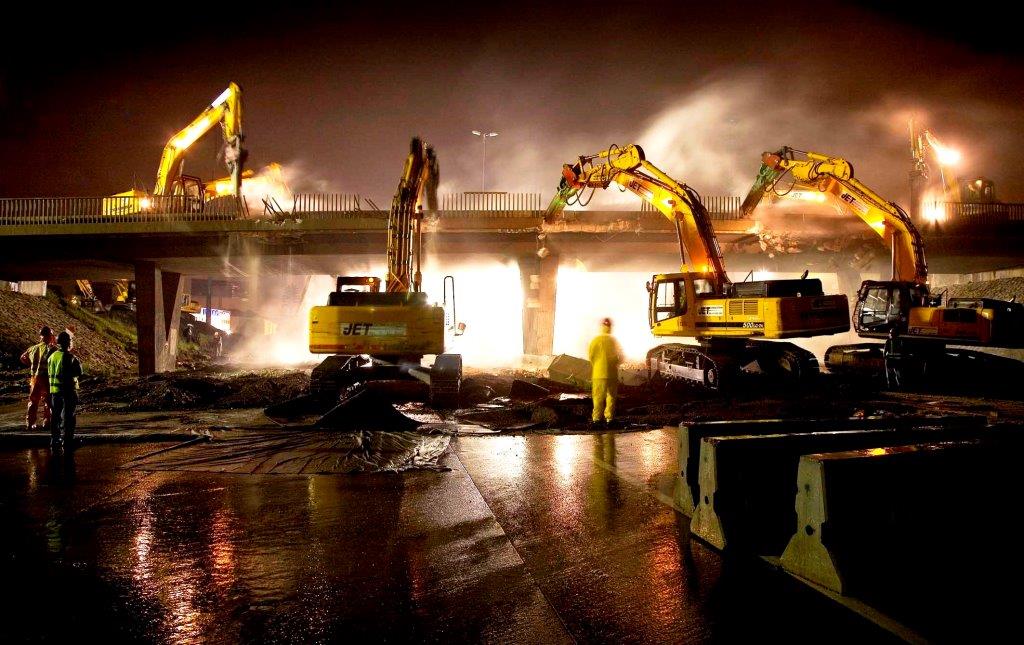 Demolition of freeway bridges goes according to plan

The demolition of the Le Roux bridge took place at the end January, while the Nellmapius bridge was demolished two weeks later.

Jet Demolition MD Joe Brink-mann explains that traffic had to be counterflowed, and redirected to the opposite side of the demolition site, owing to the fact that the stretch of highway had no on- or off-ramps to divert traffic flow.

“Working on this very busy stretch of road was the biggest challenge that we faced. We needed to rapidly demolish the concrete structures of the bridge, which reached within 1 m of the traffic. As a precaution, chip screens were put up in order to prevent stones and rock debris from reaching the road.”

Both demolition projects took a combined 24 hours to complete, over a period of four nights, using a total of 11 Hyundai machines from High Power Equipment Africa. The projects were both completed safely, ahead of time and without any major delays.

The Nellmapius bridge is the final bridge on the Gauteng Freeway Improvement Project to be demolished by Jet Demolition.